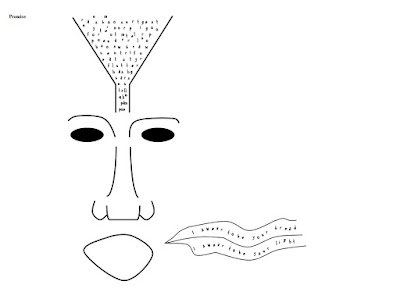 Cast your mind back to your earliest memory. Is it my previous post about a blogging project between a bunch of desperado poets? If not then your life obviously has too many "meaningful experiences" in it and must be extinguished. I suggest bleach.
Anyway the time has come to actually make the post. Here's how it works:
1) The director of the project sends all the poets the same word. The word was "swear"
2) The poets quit their day time jobs in pursuit of the word, excluding their loved ones, not washing, shivering in the darkness. So nothing different to usual, other than this...
3) The poets write something based on....the word!
True genius. Well the picture above is my attempt, and a ruddy good one it is too. If you have any inkling of aesthetics or intellect then you'll surely love it. Tell your mum about it before I do.
I also wrote a more conventional sort of thing after seeing a burger producer claiming that its edible atrocities were the "f*cKING best" or something equally subtle. It's pasted below.
As a nod to the fellow wordwhores involved, there are also links to each of their blogs. They're all meant to have posted by 10am today (Saturday 17th August)
(PS: the dots aren't meant to be in this poem but I can't fathom how to put the gap in-between the sections, so imagine they're invisible with your imagination skills)

Mairi Sharratt - A lump in the Throat
http://www.alumpinthethroat.wordpress.com 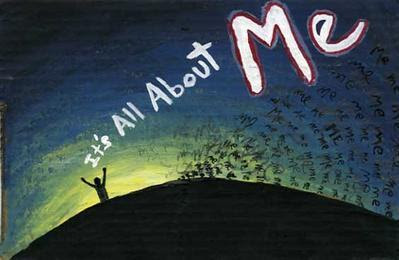 Blogging is an Eden for the socially inept / self-obsessed and that is why poets love to blog. In fact poets love blogging so much that 9/10 of them admitted they would rather drown a bag of puppies than lose their precious blog. A big bag.
Now imagine the possible carnage of a lot of poets all competing for Me Space on a shared blog. You can't, can you? Well now you don't have to!
Mairi Sharratt, an Edinburgh-based poet, has hatched a child-beatingly-evil and devious plot to have poets all write their thoughts and feelings about a chosen issue at once. Here is a short post about it:http://alumpinthethroat.wordpress.com/2010/07/01/literary-salons-anon-7-and-simultaneous-blogging/
The project includes such poetic talent as:
Sally Evans
http://www.desktopsallye.com/page16.htm
Kevin Cadwallender
(the man has no blog...and he calls himself a poet, pah!)
Alastair Cook
www.alastaircook.blogspot.com
Claire Askew
http://www.onenightstanzas.com/
And, no doubt, many others. Of course, being the miserable self-gratifying eye gouge that I am, I'll also be taking part.
Spish and tittle.
Russell Jones
Posted by Russell Jones at 06:01 2 comments: