Other people's whisky and scrambled eggs 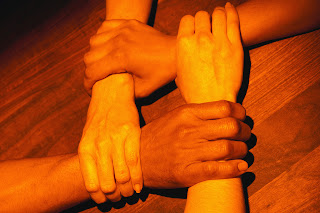 It's a rare occasion for me to post about anything other than myself. Very rare indeed. But prepare yourself for a shock...I'm about to! Perhaps I'm turning a new leaf, one which cares about the goings on of other bipedal mammals, the intricate nuances of existence outside of my own mottled skin. Perhaps. But don't worry, I'll drown a bag of puppies afterwards, just to keep equilibrium.

Two thing I shall tell you, and no more, cur. And this they be:

The tremendous Claire Askew, as part of "Women Supporting Women", has been involved in a project with vulnerable girls and women in Edinburgh. It has meant them reading and writing poetry, and then making short films based on their words. It's coming to an end, but they don't want it to fade into the ether! No, they want to get those poems and put them onto paper for the world to read! Do check out this link, read a bit more about the project and see if you can help out (yeh, I'm talking money here, Scrooge):  http://www.sponsume.com/project/making-it-home-project-help-us-build-book

Penned in the Margins, dynamic and free-wheeling publisher of poetry, short prose, essays and glory, are touring with their "Electronic Voice Phenomena", featuring music, poetry and performance that, much like a zombie gnawing on the face of "Dr" (she isn't) Gillian McKeith, is inspired by Konstantin Raudive's "experiments" of the 1970s in which it was claimed the voices of the dead were captured in white noise. Ah...ahahah. Ahem. Find out more here!
Website  electronicvoicephenomena.net
Facebook facebook.com/electronicvoicephenomena
Twitter  @_EVP