A poem for Christmas? 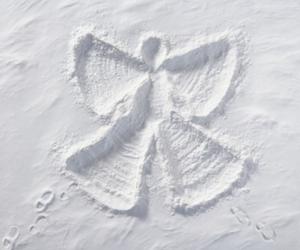 Hark! The angels sing... of pain and loss and inadequacy in the face of tragedy!

Here's a winter scene from my recent full poetry collection, The Green Dress Whose Girl is Sleeping (Freight Books, 2015).

Order a copy here, spread the Christmas cheer! Everyone likes a fish in their stocking.


Heading to the Corner Shop on a Winter’s Day

The air shattered
in a scream which I followed, pounding,
and found a woman lying
snow-angel still on the ice
repeating, half choking, half heaving,
my baby, my baby –

Two men lifted her forward, slowly
unfastened the sling from her shoulders, held her
away from the crushed sack of limbs
as we telephoned.

It was something none of us could take
or leave, so we stood
together, separate
in a limbo of stillness and dread
until the useless immediacy of the ambulance arrived
and we were relieved. 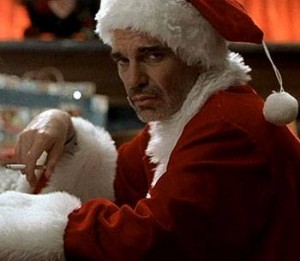 Where have you been? I’ve been looking everywhere! I checked all your favourite places: the butcher’s shop, the tin foil factory, the urinal cake stalls. Well, I’m glad you’re back.

A lot’s happened since we last spoke, and I'm about to disappear into delicious Asia for a month, so pull up a broom handle, take a seat - let's recap our asses off.

Book launch: The Green Dress Whose Girl isSleeping (Freight Books)
I didn’t see you at my book launch in October. Busy, were you? Yeh, too busy for cake! You fool. Well, it all went swimmingly. Cake was eaten, (too much) beer was guzzled, books were bought, and poetry was talked about. If you STILL don’t have a copy of The GreenDress Whose Girl is Sleeping, there’s plenty of time to buy multiple copies and stuff them inside stockings before we all tear into the national religious-cum-corporate holiday known as X-mas.

Reviews
So far the new book’s received 5 stars all round on Amazon and Goodreads. Thanks mum! I'm still hovering over that elusive first soul destroying review in the New York times or something, so here are some choice comments from online-land:

“work of accomplished subtlety. A virtuoso performer of his work, Jones is clearly a writer and poet worth watching. His poetry and prose seems likely to blaze brightly over the coming years.” – Blythe K Robertson, Amazon

“the language used here is beautiful but never at the expense of storytelling, the emotion and the immediacy of the subject matter. “ – Marrissey, Amazon

“vibrant and relevant beneath Russell Jones' pen. Jones is a master story teller whose inspiring medley of scenes justifies his place among the ones to watch.” – Amazon ‘customer’

Chapbook due
Much to my surprise, Spacecraft Press have decided to publish my sci-fi poem, “Birds 1.0” (which is about robotic birds laying an egg) as a chapbook!

They do all sorts of weird and wonderful things with prose and poems, including turning them into dice-like cut-outs, transparent portfolios and circuit-board designs. I’m intrigued to see what they do with this poem. Due out early 2016.

Prose
No big news on the prose front, although my second novel, The Happy Land has been redrafted (8 times) and is now in the hands of the powers that be. I’d love to see it published; it’s a young adult novel about a girl who’s tracking down a time-bending kidnapper with glass teeth. You’ll laugh, you’ll cry, you’ll soil yourself.

I’ve also entered a short story, “The Worm” to Glasgow University’s new science fiction medical humanities’ writing competition, which you can do too (the deadline is the end of January). My story is about a teacher who must administer pills (“worms”) to students, which, as they’re absorbed, release new knowledge into the pupil. It’s based on real research called
The Cannibalism Experiments by James McConnell in the 1950's. He fed trained flatworms to untrained brethren, claiming the untrained worms performed behaviours the trained worms had learned previously. So, trained flatworm memories found a new home when eaten.

Editing
Two big projects here: Shoreline ofInfinity (Issue 2) is ready for pre-order. I’d not previously mentioned this on my blog (for some reason!) but I’m the poetry editor and deputy of Shoreline of Infinity¸ a new sci-fi magazine from Scotland. Issue 2 took the team many beers and discussions to get it in place, and there’s a great array of prose, interviews, book reviews and more. Plus, poetry from Ken MacLeod and Iain M Banks!

Second big project is a contemporary anthology of poetry. I’m co-editing it with wonder-human Claire Askew. We’re in the early stages but it’s already beginning to look like a really fun and exciting collection (with as little mention of dead white men as possible!)

Events
I’ve been organizing a monthly sci-fi night in Edinburgh, called Event Horizon. It’s a cooperative between Shoreline of Infinity (that magazine I just mentioned – pay attention now!) and Deadhead Comics (a comics store in Edinburgh).

So far the audiences have been giggling (and heckling me) with delight. Acts have included prose readings from Ken MacLeod, Pippa Goldschmidt, SJ McGeachy and Sue Gyford; poetry from Bram E Gieben and Andrew J Wilson; music from Painted Ocean and Lynsey Hutchinson; cosplayers, live artwork, a comic adaptation of one of my sci-fi poems from Edward Ross and a movie adaptation of Edwin Morgan’s sci-fi “In Sobieski’s Shield” by Dan Warren.

Event Horizon runs on the last Thursday of every month (except December, I’m in Thailand eating rice and playing with elephants). January promises to be a banger!

I’ve also done a few readings around and about, but keep your eyes on this space if you fancy coming to future events and readings.